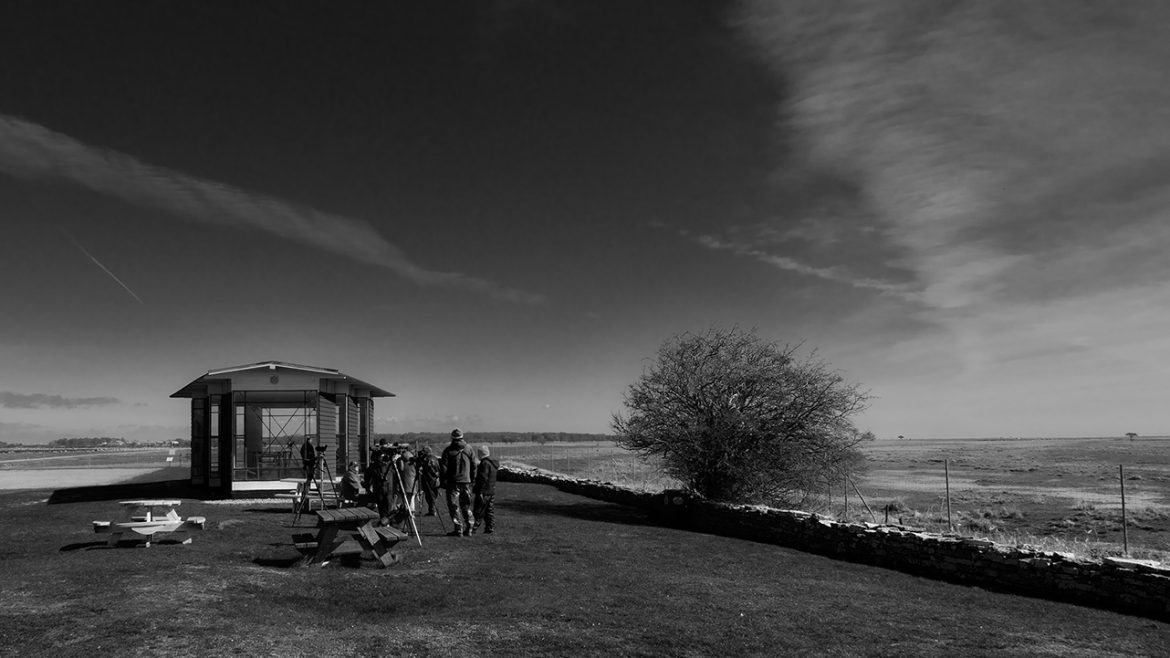 The exhibition consists of a series of photographs that relate to the site and architecture and at the same time form a story of it’s own about unrealistic thinking and parallel worlds. The Museum of Migratory Birds, inaugurated in 1961, was Jan Gezelius’s first work as an architect. The pavilion-like building has fascinated Bengt Olof Johansson for a long time. About a year ago, he found its absolute opposite in a Nazi building in Berlin, designed to measure the decline of the new capital Germania. This became the entrance to this exhibition – the contrasts in these two buildings may describe some existential conditions of our time. In addition, there are few places the feeling that life is acute appear as clear as on the southern tip of the island of Öland and the little pavilion makes it all comprehensible.

The title of the exhibition – The Crystal – refers both to Gezelius’s idea of the building as a crystalline – something that summarizes and incorporates a complex whole. The title also refers to the idea that viewing is like telling someone’s fortune through a crystal ball – the photograph takes all the viewer’s attention and just refuses to give anything away if you are not willing to bring meaning to it yourself.

The Crystal is the first exhibition Bengt Olof Johansson is doing since 2009. Last year, he finished the position as Museum Director after seven years at Kalmar Art Museum. As an artist, he has done over a hundred exhibitions and projects, including the Moderna Museet in Stockholm, Gothenburg Art Museum and institutions and galleries around Europe as well as in the USA, Japan and Australia. He has been a professor at the Art Academy of Valand, artistic director of the project In the Middle of – art and knowledge in Öland World Heritage in 2005, and was for three years running Gallery Sprinkler. Bengt Olof Johansson lives and works in southern Öland.